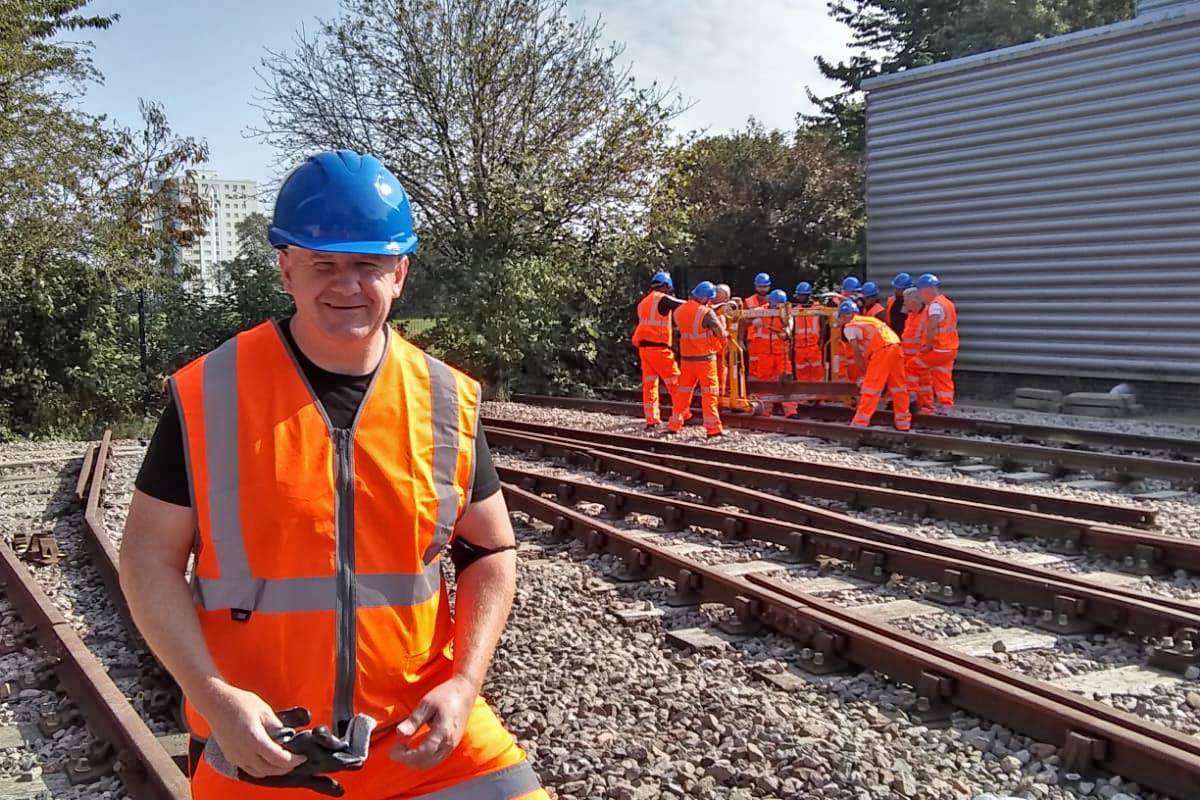 Steven has been working with InsideOut since April 2020, having spent a year in custody. He was full of ideas about his future but lacked support. He and the coordinator of InsideOut, Jason Hudson, started discussing the kind of career he would like. Initially, Steven thought he might like to give back and complete a qualification in Health and Social Care – but this seemed as if it might involve a little too much course work, and he wasn’t sure if he would keep up with the studies.

Steven’s probation worker agreed and thought that an alternative, shorter training course might be better. Steven then found out about a Track Safety course and the Construction Skills Certification Scheme (CSCS) Card. Jason supported Steven to get him test ready, and he was then interviewed by the course facilitator who thought Steven would be a great fit. Steven started the course in mid-September, finishing in early October.

Following that, he had to complete a trial period of work on the railways, which then led to being offered a full-time position. In addition, he’ll be getting a company van in December and will transport co-workers to and from jobs. He has already been offered Christmas shifts!

I couldn’t have done this without all of the support I have received during a very difficult year. Thank you!

Find out more about the InsideOut project here.

Sign up to our Newsletter for the latest Volunteer Opportunities, Activities and Courses.

We use cookies on our website to give you the most relevant experience by remembering your preferences and repeat visits. By clicking “Accept All”, you consent to the use of ALL the cookies. However, you may visit "Cookie Settings" to provide controlled consent.
Cookie SettingsAccept All
Manage consent

This website uses cookies to improve your experience while you navigate through the website. Out of these, the cookies that are categorized as necessary are stored on your browser as they are essential for the working of basic functionalities of the website. We also use third-party cookies that help us analyze and understand how you use this website. These cookies will be stored in your browser only with your consent. You also have the option to opt-out of these cookies. But opting out of some of these cookies may affect your browsing experience.
Necessary Always Enabled
Necessary cookies are absolutely essential for the website to function properly. These cookies ensure basic functionalities and security features of the website, anonymously.
Functional
Functional cookies help to perform certain functionalities like sharing the content of the website on social media platforms, collect feedbacks, and other third-party features.
Analytics
Analytical cookies are used to understand how visitors interact with the website. These cookies help provide information on metrics the number of visitors, bounce rate, traffic source, etc.
Third Party
SAVE & ACCEPT
Powered by